Home » Blog » Physical Rehabilitation » The Risks of Space Travel: Aliens and… Back Pain? Who Knew!

The Risks of Space Travel: Aliens and… Back Pain? Who Knew!

To Boldly Go Where No Man Has Gone Before

I was 11 years old when my dad brought home a series of VHS tapes from the public library about space travel. I watched all of these videos with a very keen interest and fascination. There is so much about space travel to enchant a young mind. The images of heroes floating around in zero-gravity, the spherical shapes that liquid forms without earth’s gravity and ambient air pressure, and the footage of sleeping astronauts with their arms out in from of them like zombies or mummies, have stayed with me to this day. One very interesting fact about astronauts is after a time in space, astronauts are taller. Their spines elongate by 6% (measured by seated height), and their overall stature is increased by an average of 3%. This effect, it was hypothesized, was caused by increased water in the disc of the spine that accumulated because of the lack of the force of gravity. As an average sized adolescent, the idea of being taller sounded very appealing. But I would later find out that this height advantage comes with an increased rate for a particularly painful back injury.

A study published by NASA1 demonstrated that space travelers have a higher risk of a very common cause of low back pain, a herniated intervertebral disc. It was demonstrated that 10% of astronauts suffer from this affliction upon returning to gravity of our planet (versus 2-4% estimated in the general population).

Recently, the European Journal of the Spine published an article discussing potential causes for this phenomenon2. Their hypothesis (educated guess) as to the causes for this phenomenon has three parts: the increase in the volume of fluid of the disc that has been described previously, the change to muscle activity and strength due to a lack of use, and the stress of the astronaut training program itself.

Increased disc fluid volume, why is this a problem?

As the fluid volume within the containers (the discs) increase, the pressure of that fluid increases. As this pressure within the disc increases, the forces placed on surrounding tissues may be increased and the likelihood of injury may increase. The increased number of lumbar disc herniation in the space traveling population is consistent with this hypothesis.

Altered muscle activity, why is this a problem?

The relationship between muscle activity and back injury is much more complicated. In the eighties, Danish researchers3 demonstrated an increased risk of low back injury with decreased endurance capacity of low back muscles. There are also hypotheses related to altered muscle function and increased microtrauma of the intervertebral disc and other tissues which may contribute to low back pain.

The high intensity of the physical training in the astronaut program, why is this a problem?

This suspicion does not have anything to do with time spent in a zero-gravity environment, but it is important to understand that individuals who are involved in a very strenuous training program are more likely to suffer from low back pain. However, there is also data to suggest that people who do little to no physical activity also suffer from a higher incidence of low back pain than the average population (See my last blog).

What does this mean for earth-bound back pain suffers?

This knowledge supports a hypothesis that the magnitude and direction of intervertebral disc pressure is one of many factors in developing low back pain. Studies of movement and posture have created models of disc pressure have shown that there is are some types of movement (or lack of movement) that change intervertebral disc pressure. The time of day is likely to influence this phenomenon as well. Well-designed core exercises and other types of training plans will take into account this increased pressure phenomenon when choosing which exercises can help you achieve your fitness goals or recover from an injury.

This study does not give us a key to unlock back pain. But it does shed light on a common problem and adds some evidence to a well-known hypothesis as to why back pain may be triggered. People who treat low back pain and design exercise programs should have an understanding of this phenomenon (increased disc pressure in the lumbar spine) and build programs and plans with this in mind. This approach may not prevent all low back pain or problems, but it may help in preventing one of the most painful types of low back injury. 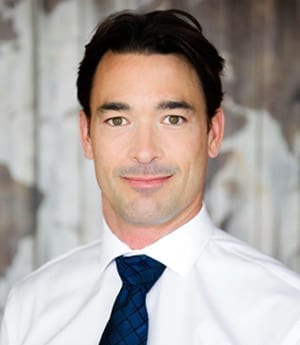